Kay Wood resides in Perth. Her paintings and sculpture primarily work within abstraction – paintings and objects with slight forays into figuration. However, any figuration is minimal and mostly an experience in feeling the ‘thing’ or object without trying to illustrate with learnt techniques of representation. This collection of works are colourful, energetic and above all captivating.

Abstract art is open to interpretation, and that is one of the wonderful things about it. Abstract art gives you the freedom to mull over the artwork and assign your own meaning to the piece. This intensely personal process enriches a viewer’s experience of an artwork. There is an urgency of pure expression and artistic imagination. The abstract element in art has come increasingly to the forefront of contemporary living and the way we grace our interior wall.

Kay suggests her work is mostly an experience in feeling the ‘thing’ or object without trying to illustrate with learnt techniques of representation. Labels are given up – the only thing of interest is investigating relationships between subject and object.  “It’s not a cup that is representing, let’s say ‘the vessel’ or ‘emptiness’ or ‘domesticity’ – it is just a thing being looked at, by me at a particular moment in my life..

More and more humans want to map phenomena with their explanatory stories – the stories explain the thing – diagrammatically. This disempowers material things from speaking themselves to us in favour of our concepts or ideas about things – the physical relationships humans have with their object world is increasingly invisible – my interest is in re-invigorating that relationship – to do this I step away from the big story that maps and condenses experience and look for the fragments or bits and pieces of overlooked material relationships that actually constitute me as a person – and to prise open a space where materials can speak. 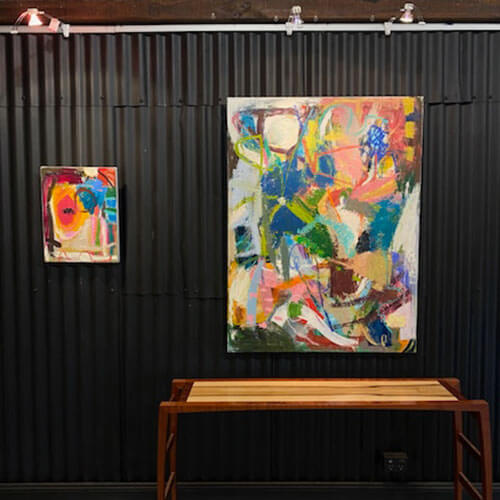 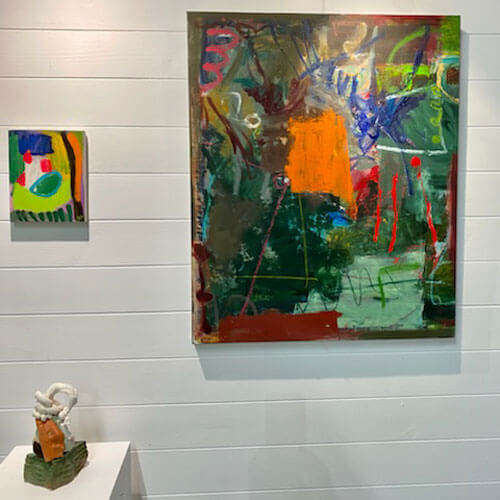 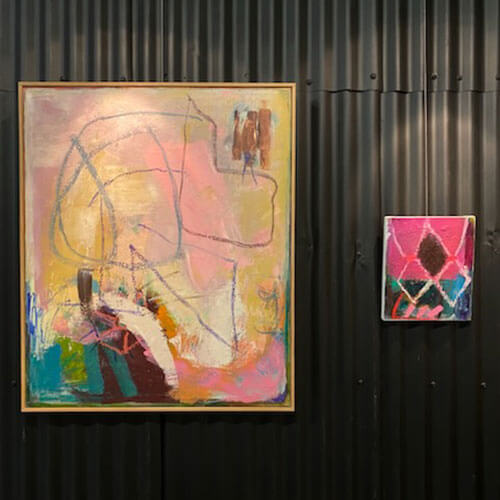 Because of this fragments/cracks/tearing and so on are important in my work – they rent a hole in the ‘whole’ explanatory concept/idea, otherwise so seamless.

Still lives are just fragments of the experiences I have with them.

Similarly, I don’t try to make a particular object in clay. More interesting for me is to work with clay – get things fired and then break them up and assemble them in new contingent relationships ( I don’t always ‘break’ – mostly I just make fragments and then assemble them – it is such a liberating way to work). Cardboard collages = same and I often cut up old paintings and collage them into new arrangements. As said elsewhere, my work (paintings included) is an amalgam of moments of engagement between myself and my world – atoms of present moment awareness of myself in connection with my world, even if that is a memory – all physical experiences are lodged in the body – materials are a lens onto the body and the way it has been constituted – in dialogue with its surroundings”.

After living in Melbourne and Sydney for twenty years, in 2005 Kay Wood returned to Boorloo, Perth where she was represented by Artplace. Since its closure, Kay is now represented by Stala Contemporary in Western Australia.

Kay has a BA (Hons) Deakin University, a BVA (Hons) Sydney College of the Arts, and an MVA (Sydney College of the Arts). Kay has had roughly eighteen solo shows in her career as well as participating in numerous group exhibitions. More recently, Kay has moved to curating and has just curated two group shows intended to improve cultural diversity and inclusivity within the visual arts. As well, she is the recipient of the following : NAVA New South Wales Marketing Grant 1998, Pat Corrigan Artist’s Grant, 2000, and an Australia Council New Work, 2001.

Kay’s current practice has grown out of certain issues to do with subjectivity, negotiated whist she was completing her MVA in Sydney. Now, through paintings and found or hand-made objects/things, she recycles her corporeality in a dialogue with embodied materiality. This involves the ‘stuff’ of the world that is entwined with her life’s surface narrative. In practice she allows the fragments of the ‘big’ story to come forth and have their say. Intuitive responses to significant materials (hessian, knitting, cardboard, clay) as well as to certain colours, forms etc., is a way of allowing the various entanglements between subject and object to be revealed – not as complete alternative stories, but as indicative of the evocative process and performance of being and becoming in life. 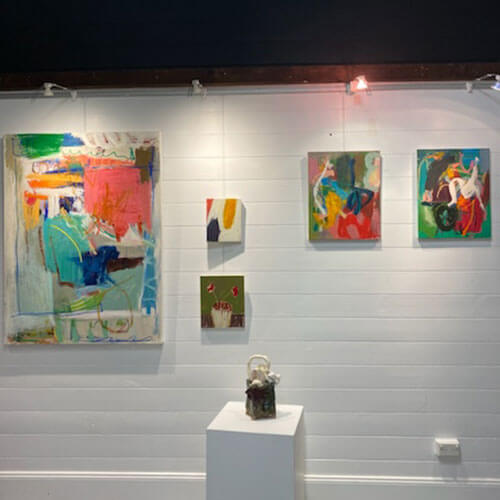 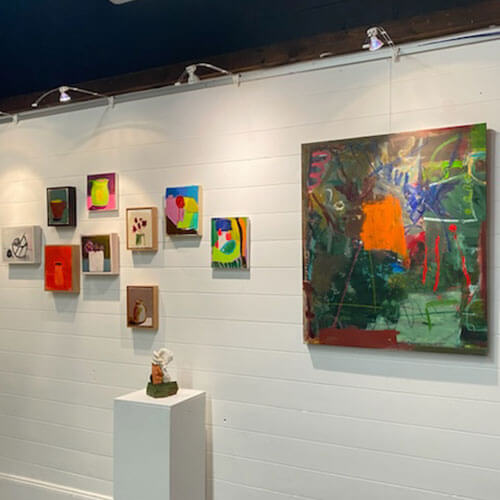 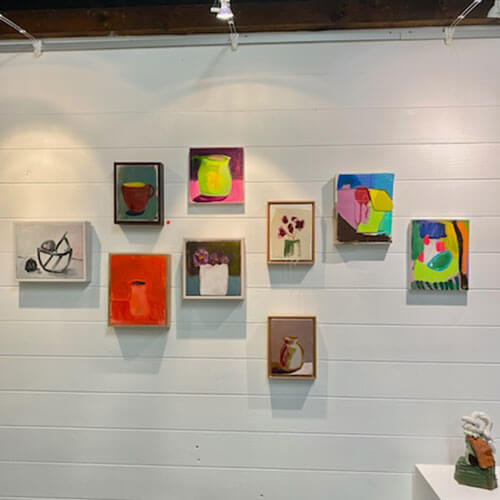 Whilst strongly invested in abstraction, Kay will occasionally entertain a quizzical relationship with figuration. This is only to see how far conditioned and conceptual ideas of what things ‘should’ look like sneak in and influence the sensory experiences we have with the things of the world. Kay never makes a ‘picture’ of another thing, as far as she is concerned. All is process, involving fragments, collaging, and the assembling of many varied parts of materials into contingent wholes. This excavatory approach unearths the bits excluded from the larger picture/story of a subject’s life – imperfections, glitches, rough patches, awkwardness, and so on. Ceramic sculptures are not created as one object, but rather, come together in the studio from bits and pieces. There will be bisque fired elements, together with vinyl paint, and glazed components all in one piece. Some works are made from previous ones that have been smashed. Collages are often older works reassembled. There is no hard and fast prefiguring as to what will be made. Through the thinking hand – subject imprints and is imprinted through the pieces of matter. Her paintings, like her more object-based works, are amalgams of moments in time – a continual present where subject and object engage, alchemically.

There two threads in Kay’s work remain consistent – an acceptance of roughness and unlikely juxtapositions in tandem with a drive to always find personal beauty within the materiality of her existence.